Some time ago, I wrote about my current project, and how did we tackle the issue of passing node labels to pods in Kubernetes context. The solution worked (and still does), but there was a caveat to it, which I’d like to share in this short article.

Brief introduction to the problem

In this article https://gmaslowski.com/kubernetes-node-label-to-pod/ I described how we’ve passed k8s node labels to the deployed pods. Not to repeat myself, I used Init Containers with a volume mount shared between the init and app container. If you’d like to get more details about it, I advise you to read the aforementioned article.

But, what’s worth mentioning for this story, is that the init container was able to control our k8s cluster (to obtain node label) and with this script:

a template (coming from a configMap volume) was filled and copied to a shared volume, which then was used by the app containers. Everything was fine and working, because of the promises which are brought by init containers:

So far, so good. With this configuration and the promises in mind, our setup was expected to always have a /etc/cassandra/cassandra-rackdc.properties file with the following content:

Everything was great, until one time we saw, that one of the Cassandra nodes cannot start because the persisted data refer to a different rack (unfortunately I did not preserve the actual log) with value RACK.

We quickly found out, that the node with the failing cassandra pod had udergone some maintenance work, including Docker upgrade, which forced a docker daemon restart. Bum. Got you. Deletion of the failing pod solved the issue (by recreating it). Tried restarting docker deamon on another node with cassandra - same issue. At least we’re able to recreate the problem ;).

We need to go deeper (we always do… always)

this requires some comment, as we run a Stacked High Available Kubeadm Cluster with 3 masters and external LB to route traffic to the api-servers: 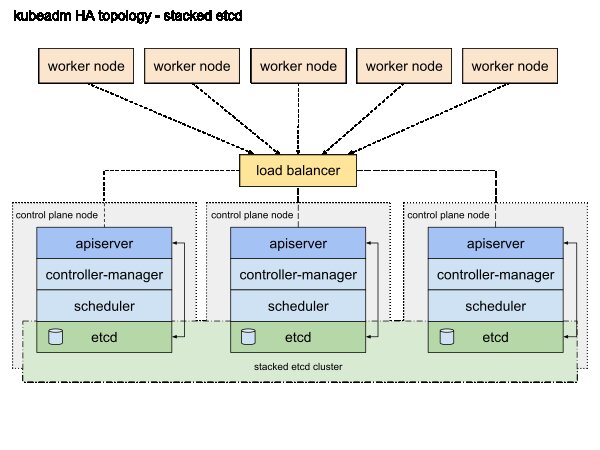 Quick? go through the documentation

So let us review documentation, to gather more information. From https://kubernetes.io/docs/concepts/workloads/pods/init-containers/#detailed-behavior

Because Init Containers can be restarted, retried, or re-executed, Init Container code should be idempotent. In particular, code that writes to files on EmptyDirs should be prepared for the possibility that an output file already exists.

Ok, that doesn’t explain a lot, but at least shows a direction. Our script is not idempotent at all! There’s a time interval - a ~5 seconds one - during which the value is the to-be-substituted one. Remember the script?

First we copy, than we substitute. Apparently, after the template file was copied, it was picked by the app container (which in our docker-deamon-restart case starts in the same time as the init container). What’s more, the init container script gets executed every time the init container runs, regardless of the fact that it had already calculated the proper rack value. Can the solution be that simple?

So.. turns out that the solution, to the couple-mindfuck-hours-long issue might be really simple. Changed the script to the following:

Retried the failing scenario and… a success! Another job done.

But one thing still bothers me, and I haven’t understood it so far. Why, in the hell, the cassandra app container kept failing every restart? I mean, in the init container the mount volume eventually got the file with right value. So why the app container didn’t? It’s a shared volume between those two. Is it because of the subpath volume mount? I did not go through k8s code to find it out. If you have an answer, just let me know!